Regarding sea levels and the climate impact on property in Belize. Ambergris Caye is an island, so I understand the concern. That being said, our proximity to the equator and the reef just off our east coast has resulted in maybe a 1-foot tidal variance. It is important to note that the further you are from the equator, the more of the moon’s gravitational pull affects the rising tide and rising sea levels. The fact Belize is so close to the equators leads to a minimal change in the tidal variance. It is still an important factor to consider when purchasing a property, and a concern for any waterside destination, but there are a number of factors that make Ambergris Caye as a Caribbean island, less susceptible to changes in sea levels. One thing that is important to note is how sturdy the earth is, most of the island (Secret Beach and Mahogany Bay) has bedrock near the surface. The strong foundation of hard ground makes erosion of land more difficult. The biggest concern with rising sea levels is how it will impact the erosion of land. The bedrock which moves like hills below the surface, means different lots/properties have different elevations. The elevation ranges from 13 feet to 24 feet above sea level. The hard ground makes land erosion more difficult and takes centuries. Unlike Miami and areas of Florida that have softer ground, or islands made of Volcanic rock (which is also soft), Ambergris Caye has hard bedrock which limits the level of land erosion. If you are comparing different destinations in the region, and rising sea levels are a concern, you are well situated when looking at a destination like Ambergris Caye.

That being said, Ambergris Caye is somewhat perfectly situated to minimize the severity and damages from large storms and rising sea levels. Ambergris Caye is not in the strike zone where large storms make landfall. In the past 8 years, we have had only a single category 1 storm. There are also 2 types of damage with a hurricane, wind damage (which proper construction can minimize damage severity) and storm surge. Storm surge is the cause of the high level of destruction you see when a hurricane runs through. To have a storm surge a storm needs a long shallow plane of water, bringing the storm from the deep sea to a shoreline, if the depth is gradual over a long span, the storm can grow and become larger. We are lucky here because 400 yards from our coast is the Belize Barrier Reef which acts as a wall and beyond that some of the deepest water in the Caribbean.

On Ambergris Caye, there is a combination of wood and concrete structures. Wood homes can incorporate hurricane straps and are constructed to withstand 110 to 130 mile per hour winds which is equivalent to a category 3 or 4 storm. The concrete homes are a fortress, and likely can withstand much more. It is also important to note that the homes in the area are built with concrete pilings drilled into bedrock, and all structures are a minimum of 4 feet above the highest ever tidal variance. All of these factors ensure the durability and longevity of a home. A lot of homes choose to build on stilts, most people assume this is incase of flooding or rising sea levels, when in fact it has little to nothing to do with it. The reason homes are built on stilts is actually to reduce energy consumption (especially when you are off-grid). When building an off-grid home, they raise the properties to get a natural breeze which reduces how much solar power is needed to cool the home. Homes that are on the ground heat up with the earth and lack of breeze which means more energy is needed to cool the house. When you build the house on stilts, you require less solar to power AC. Less energy/solar power is needed for air conditioning when a home is on stilts.

Another reason people build on stilts is to maximize the area of the lot/property. Off-grid homes require solar batteries, generators, septic systems, cisterns, and water tanks. When you build the house on stilts, you can put all of these beneath the home, hiding it while also giving the property owner more land. Storing everything including; septic, water tanks, and solar batteries below so they have more surface area on the property.

Belize is at a tipping point, and as a Canadian, I feel like it is appropriate to make a hockey reference. As Wayne Gretzky famously said, “I skate to where the puck is going, not where it has been.” Over the last few years Hilton, Marriott, Margaritaville, Four Seasons, and Six Senses have all started on projects here on Ambergris Caye. There is a reason these brands choose the locations they do. Their due diligence team is much more thorough than you or I could ever be. To put it more simply in the words of one of my mentors “success leaves clues”. They have done far more research into the short-term and long-term impacts on the island and are investing hundreds of millions into development and infrastructure. 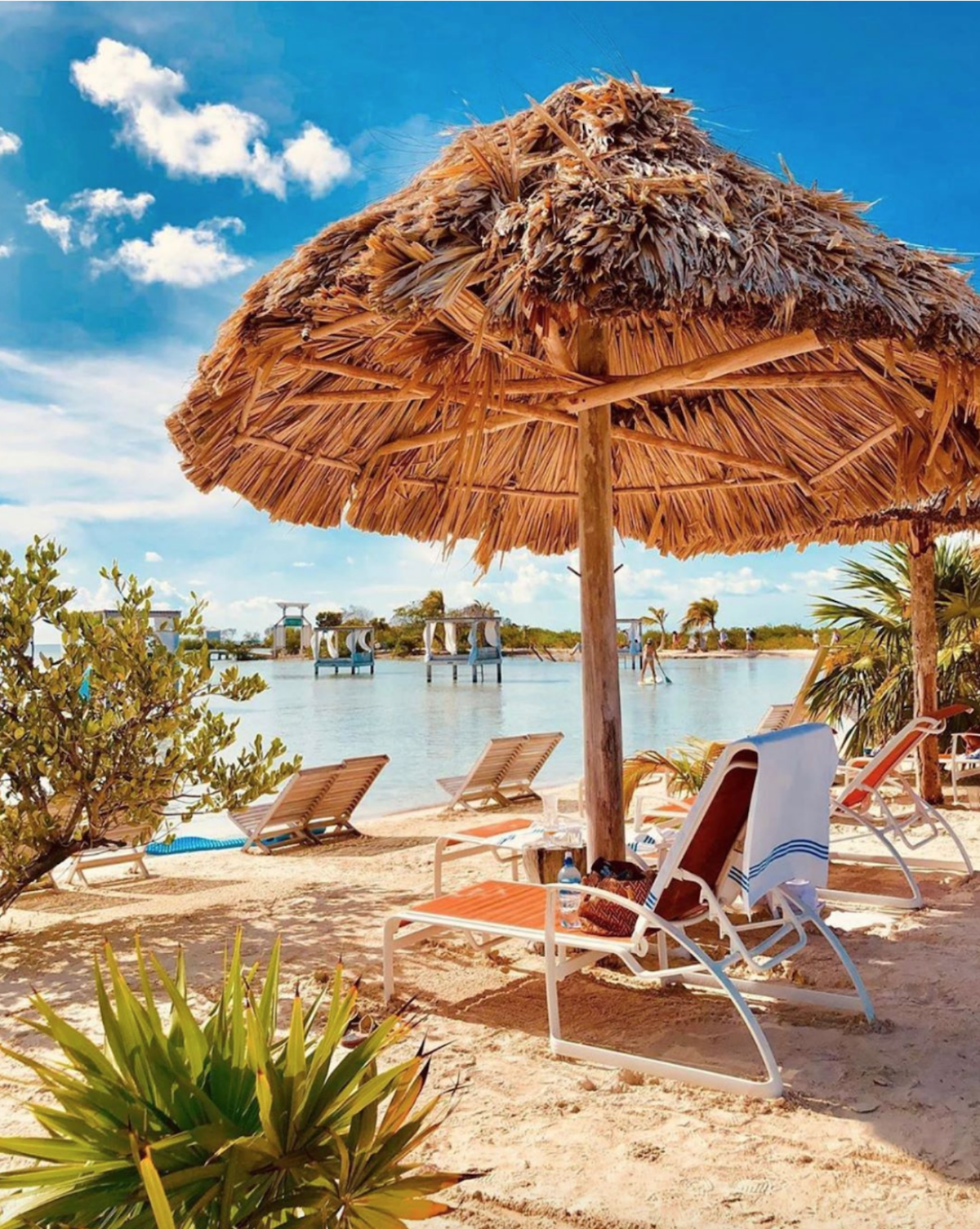